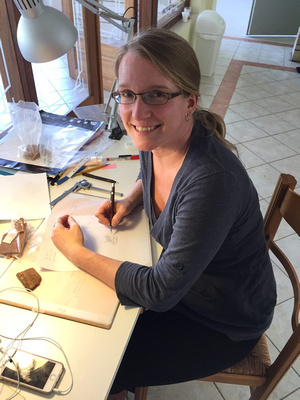 An archaeological illustrator for over 15 years, Tina began teaching and training in 2012 and has now expanded her team to include several brilliant illustrators since 2014. Services include drawing artifacts and field plans, digitally inking pencil drawings, creating maps using GIS software, producing layouts and typesetting, as well as rendering drawings of vase painting.  Current projects include Pylos, Eleon, Methone, Agora, Kenchreai, Kos, Mitrou, Sinop, Gordion, and Bonjäket to name a few! 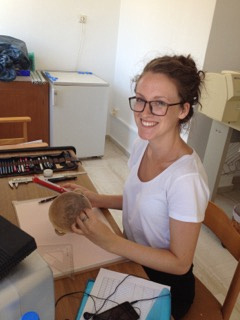 Alicia has a strong background in archaeology and anthrolpology, and brought those skills with her when she joined my team in 2014 (the first the member!).   She has participated in several field projects as a part of the team, such as Eleon, Mouliana, Kenchreai, Malthi, Caesarea, and Pylos. She is also interested in exploring the application of 3D scanning technology to  archaeological illustration and will be attending Leiden University in the Fall to begin a Masters Degree in Archaeology, specializing in Heritage Management! 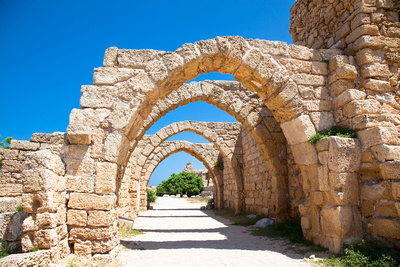 Danielle is starting out with us for the first year after having taken several workshops and courses with Tina Ross Illustrations.  She has archaeological experience in Israel and is also a freelance illustrator currently working in Woodbridge, Ontario, Canada having graduating from the Illustration BAA program at Sheridan College. 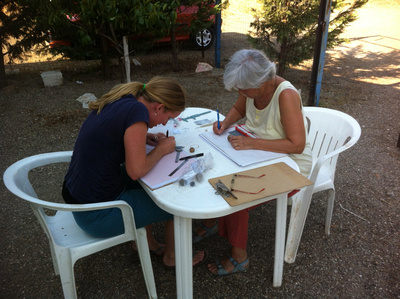 Marcella began her career as an architect In Italy, but has worked as an archaeological illustrator at several site in her own right throughout Greece such as Kos, Mitrou, and Pylos for over 10 years.  She began as a part of the team digitally inking pencil drawings in 2016.  I hope to have Marcella as a part of several field projects in the future.